Fox IT Award for Distinguished Alumni 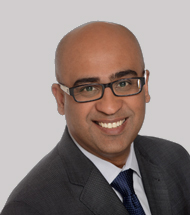 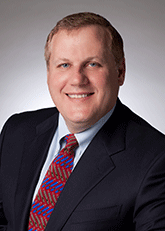 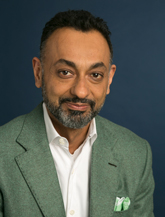 Satbir Bedi is Chief Technology Officer of Scholastic Corporation, the global children’s publishing, education and media company. In this role, Bedi shapes Scholastic’s technology strategy, software development, and operations to support business priorities, including the development of digital products, sites, and services that meet the needs of the company’s global educator, parent and child customers. He serves on the Management Executive Committee.

Bedi joined Scholastic in 2012 bringing his experience in technology, publishing and academia to lead the technology transformation at Scholastic. Since joining the company, Bedi has upgraded and reengineered the technology organization to better align the group with business priorities, including eCommerce and digital subscriptions. He moved business applications out of data centers and into the cloud, shifting the company from a high fixed cost infrastructure model to a variable cost model based on usage, thereby allowing Scholastic to scale its infrastructure to flex with peak volume.

Bedi also created a new global technology operations group and transitioned the engineering organization to an agile delivery model, delivering new software features in frequent increments, which enabled the group to respond rapidly to changing market needs. He works with other business leaders on innovative business models, and evaluates and integrates technology centric acquisitions. He continues to improve systems and processes to provide product and customer analytics that will improve marketing and sales to drive revenue growth. Bedi also upgraded the caliber of talent within the division by creating a college associate program attracting millennial talent to engineering positions and recruiting experienced technology leaders.

Prior to joining Scholastic, Satbir Bedi served as Chief Learning Technologies Officer for Pearson International in London, having served Pearson in previous roles as Senior Vice President, Software and Technology Services, and Chief Technology Officer. At Pearson, he helped transform the company into a leader in the educational services industry including building digital services and digital delivery of products. From 1998 to 2004, Bedi was at McGraw-Hill where he held several editorial and technology roles. He was also Publishing Director at Macmillan following six years as Assistant Professor at a University teaching courses in computer and information sciences, management and business strategy.

Satbir Bedi holds a Bachelors in Commerce (Honors) from the University of Delhi and an MS in Computer and Information Sciences from Temple University. Rich holds a Bachelor of Science in mathematics from Saint Joseph’s University in Philadelphia and an M.B.A. in management from Temple University. Over her 20 years at Citi, Linda has had a very diverse career, holding a number of roles across different businesses and functions. She joined Citi predecessor Salomon Inc. in 1994 as Vice President of Environmental Affairs. In 1999, Linda became a director and portfolio manager at Citi’s Private Portfolio Group. Linda joined Women & Co. in 2003 as Chief Operating Officer and was named CEO in 2010. She also served as Chief Administrative Officer of Global Marketing & Corporate Affairs from 2008-2010. Linda assumed her current responsibilities in 2012.

Linda is a regular contributor to Citi’s Financial Fitness blog, Women & Co. and Manilla.com and a member of the LinkedIn Influencer program, writing on an array of personal finance, career and leadership, and marketing topics. She was selected as one of GoBankingRates.com’s Most Popular Personal Finance Experts in 2013.

An accomplished speaker, Linda has spoken at hundreds of conferences on an array of personal finance, content marketing, and career topics. She is regularly sought out by the media for her expertise, and has been quoted in: Smart Money Magazine, The Los Angeles Times, Business News Daily, MORE Magazine, American Banker, Digiday, Ad Age, The Daily Rap on the Wall Street Journal Radio Network, The Washington Post, Yahoo Shine, MSN Money, Forbes Woman and many more. She has contributed to countless newspapers and websites including The Huffington Post and Working Mother.

Among her many accomplishments, Linda was honored as one of “10 Women Who Run the World” at the 2013 More Magazine/Fitness Magazine Women’s Half Marathon, and is the recipient of a Changing the Game Award from the Advertising Women of New York in 2013; a Women of Excellence Award from the National Association of Female Executives in 2012; a Luminary Award from Womensphere in 2011; a Corporate w2wlink Ascendancy Award in 2009; and a Wise Woman of the Year Award by the National Organization of Italian American Women in 2008. Linda also will receive the Pinnacle in Leadership Award from the Girl Scouts of Greater New York in April 2014.

Passionate about community service, Linda is on the Board of Directors of Girl Scouts of the U.S.A., the Director’s Council of the Penn Museum, and the advisory boards of Eve Echo, Fab&Fru and Generations. Linda currently serves as president-elect of New York Women in Communications and is an executive member of Advertising Women of New York. She is the past national vice chair of Step Up Women’s Network. She also is a member of the Financial Women’s Association, New York Society of Security Analysts, and National Organization of Italian-American Women.

A native of Philadelphia, Linda attended Temple University and Texas A&M University. She has a Bachelor of Arts in Geology and holds a Chartered Financial Analyst® designation.