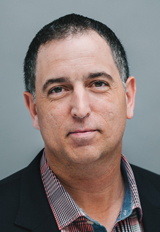 Ned Moore is a lifelong entrepreneur in information technology, healthcare, insurance, retail, real estate and the distribution industry. He has built high performing teams to support fast growing companies providing vision, strategy, operational skills and leadership. He also has extensive experience in raising capital to fuel companies experiencing rapid growth along with both buy side and sell side of mergers and acquisitions.

Currently Ned is the Co-founder, Chairman and CEO of Clutch, which provides an advanced Integrated Customer Management Platform for B2C businesses. Prior to Clutch, he was the Co-founder, Chairman and CEO at Portico Systems providing enterprise software solutions into the healthcare payer market experiencing tremendous growth and ultimately sold to McKesson Corporation. Over his career, he has raised over $50M in venture capital returning an average of 4x for investors and has grown companies from zero to over 250+ employees at exit. Under Ned’s leadership, Clutch was named Technology Startup of the Year in 2014 and Portico was named Emerging Technology Company of the Year in 2008 by the Greater Philadelphia Alliance for Capital and Technology (PACT).

Ned is active in supporting the entrepreneurial community as both an advisor and an early stage investor. He has been an angel investor in over 30 early stage technology companies and is an active real estate investor. He also serves as an Advisory Council Member to Villanova’s Center for Innovation Creativity and Entrepreneurship. Ned has extensive board experience and currently serves on the boards of Core Solutions, Elite MGA and the Philadelphia Boys Choir & Chorale. He previously served on several other advisory boards and company boards including the Safeguard Scientifics Technology Advisory Board and Verilogue which was sold to Publicis Groupe.